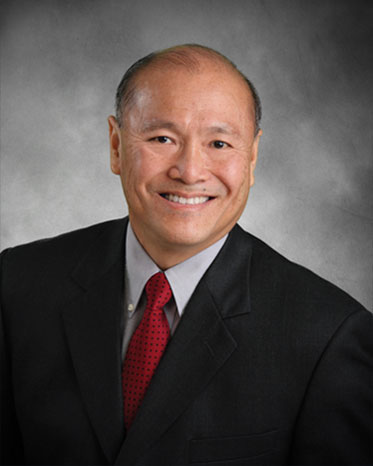 With more than 40 years of practical and trial experience handling all types of personal injury cases, Roy K. S. Chang has molded Shim & Chang into a highly creative and innovative law firm that honors the Hawaiian spirit of aloha. He has achieved an AV rating from Martindale-Hubbell, the national directory of attorneys, indicating that his peers rank him at the highest level of professional skill and excellence.

In 1979, the then law firm of Shim, Sigal, Tam & Naito felt that Roy’s trial experience and talents could be better used in the area of personal injury law, and asked him to join their team of injury attorneys in Hawaii as an associate. The move proved to be a good fit. He became a junior partner in 1981, a senior partner in 1988, and today, Roy is president, chairman of the board, and senior managing partner of Shim & Chang, Attorneys at Law.

Roy is licensed to practice law in the State of Hawaii, the United States District Court for the District of Hawaii, the Ninth Circuit Court of Appeals, and before the United States Supreme Court. Among his numerous professional affiliations, he is a member of the American Association for Justice and the Consumer Lawyers of Hawaii. He served as chairperson of the Hawaii Criminal Justice Commission and founded the McGruff Program. For his work with the Hawaii State Legislature, he has received a Governor Certificate of Appreciation and an Attorney General Certificate of Appreciation.

Since 1996, Roy has been an adjunct professor at The William S. Richardson School of Law at the University of Hawaii. He teaches trial practice, witness examination skills, and evidence to young lawyers learning how to do litigation.

©2021 SHIM AND CHANG ATTORNEYS AT LAW.
ALL RIGHTS RESERVED.